Eileen McMahon, retired President/CEO of the Saint Paul Convention and Visitors Bureau, joined the Canvas Health Board in 2016. An Oakdale resident, she has been active in social service and …Continued

Karna Peters is a business owner and recent retiree from 3M Company. She joined the Canvas Health Board in 2017. Karna is also on the Board and a founding member …Continued

John Stoxen joined the board in 2012. He received his undergraduate degree in journalism and political science at the University of North Dakota and his law degree from the University …Continued

Dave has over thirty-five years experience as a mental health clinician and as an administrator in mental health settings and is a licensed independent clinical social worker. He started his …Continued

Mike Boldenow joined the board in 2016. Mike has been involved in healthcare design for 26 years with BWBR. Over the past decade, a focus of his healthcare projects have …Continued

Karen Dodson has served over 30 years in health care, most recently as the CEO of a small biotech company and the COO of NMDP/Be The Match.  Karen joined Canvas …Continued

Dr. Dorwart was born in San Jose, CA, but grew up in Plymouth, MN. He graduated from Wayzata High School and then went on to graduate from the University of …Continued

Kelly Fenton served two terms in the Minnesota House of Representatives, representing the people of District 53B in Woodbury. She was an Assistant Majority Leader and Vice Chair of both …Continued 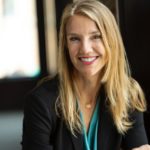 Allison Fredrickson joined the board in 2019. She is an attorney in Eckberg Lammers, P.C.’s Family Law group and a Qualified Neutral with the State of Minnesota. With over thirteen …Continued

Polly Uner is currently a Strategic Account Manager at Johnson & Johnson in their Orthopedic Sports Medicine division. Prior to this role, Polly spent 14 years at J&J in Behavioral …Continued

Joining the board in 2016, John Mielke is currently a semi-retired Independent Consultant on Information Technology and Operational topics in the healthcare field. Prior to independent consulting, John was the …Continued

Chris Navin is the Director of Finance for Andersen Corporation. He joined the Canvas Health Board in 2019. Chris has over twenty years of corporate finance experience, starting his career …Continued 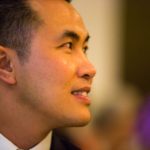 Conrad Nguyen joined the Canvas Health Board of Directors in 2021. He is the owner and president of Kortech, a facility management and contract staffing firm.  He pursued his dream …Continued

Glenn Roth joined the board in 2016. Glenn’s background includes over 30 years as a business leader with 3M, Imation, Newark Electronics, and H.B. Fuller in the data storage, electronics, and …Continued 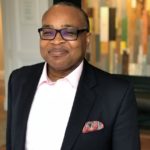 Dr. Taiwo joined the Canvas Health Board in 2020. He is responsible for the development of 3M’s global health strategy, as well as the leadership and management of the medical …Continued